There are lot of talks about Fastag in India in the recent times because the Government has made it compulsory for every 4 wheeler. The popularity of Fastag is giving the opportunity to earn good money by becoming the agent. Any person can easily become the agent of Fastag. There are many online portals which gives the easy option to apply for Fastag dealership and to become the agent.

Who can become Fastag Agent

Anyone who has vast social network and reach to lot of people can become the Fastag Agent. Another thing that need to be noted before becoming Fastag Agent is that, the person should be interested in working in the field. But the priority for getting the Fastag dealership will be given to those applicants who are already RTO agents, Transporters, Car dealers or working at Fueling stations.

How to use Fastag?

The problems that the driver has to face while paying toll tax at the toll plaza through Fastag will be overcome. Through Fastag, you can pay toll tax at the toll plaza non-stop. For this, you just have to put fastag on your vehicle and the money will be automatically deducted from your fastag account. At the same time, when the deposit in your Fastag account expires, you will have to recharge it. Its validity will be 5 years. After the completion of 5 years, you will have to fasten the Fastag on your car again or have to renew it.

Where to stick or Install Fastag?

Now the question is arising in everyone’s mind that where will Fastag be put. You need to put Fastag on the windscreen of your vehicle.

By applying Fastag, you do not need to spend your time in long queues. As soon as you cross the toll plaza, payment will be deducted automatically. This will save your time as well as save petrol or diesel. According to the information received, people using Fastag will also get a cashback of 2.5 percent on the toll payment.

Check Other Most Popular Articles 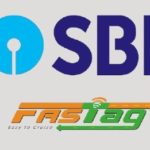 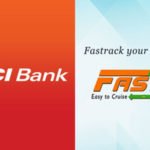